Apple announced their financial results for the second fiscal quarter of 2018 yesterday, with a $61.1 billion and a profit of $13.8 billion, with 52 million iPhones sold. This is a new record for any fiscal year in the company’s history.

Gross margin for this quarter was %38.3, compared to %38.9 a year ago, with international sales accounting for over %65 of their quarterly revenue. Apple has also declared an increased quarterly dividend payment of $0.73 per share, up a lot from the previous $0.63. The dividend is payable on May 17 to shareholders of record as of May 14. 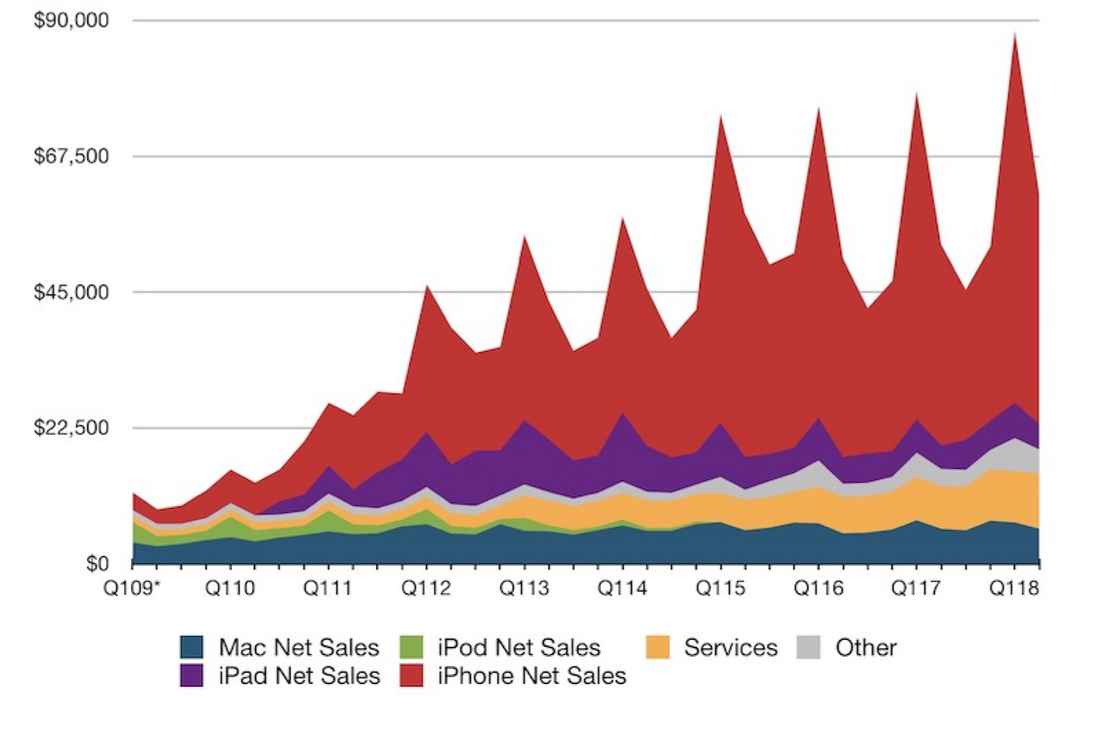 Apple sold 52.2 million iPhones this quarter, compared to 50.8 million in last year’s quarter. iPad sales were also up slightly from last year’s quarter, at 9.1 million rather than 8.9 million. However, Mac sales actually fell slightly, from 4.2 million to 4.1 million. Apple’s guidance for the third fiscal quarter has an expected revenue of $51.5-53.5 billion and a gross margin between %38 and %38.5. 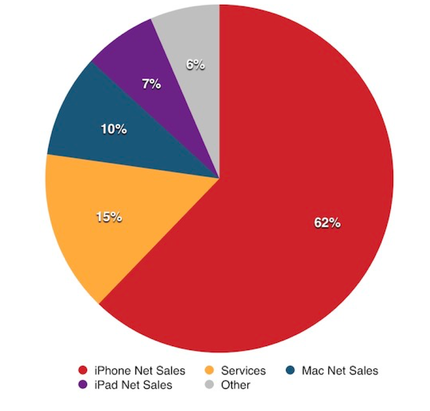 “We’re thrilled to report our best March quarter ever, with strong revenue growth in iPhone, Services and Wearables,” said Tim Cook, Apple’s CEO. “Customers chose iPhone X more than any other iPhone each week in the March quarter, just as they did following its launch in the December quarter. We also grew revenue in all of our geographic segments, with over 20% growth in Greater China and Japan.”